Back to the Carboniferous

Trip to Joggins Fossil Cliffs an amazing and mind-expanding experience

Allow me to introduce myself. I was born and raised in China, and for the last three years I have been living in Nova Scotia.

I have spent much of my time here attending school, working and travelling throughout this beautiful province. Initially, I lived in Cape Breton for a year. This was followed by a year in Halifax, six months in the historic town of Lunenburg, and several weeks in Bridgewater, Liverpool, Wolfville.

I have traveled around much of Nova Scotia’s coastline but it wasn’t until the middle of August that I discovered the UNESCO World Heritage Site called Joggins Fossil Cliffs.

Now this was something I had to see. It would prove to be an amazing and mind-expanding journey. 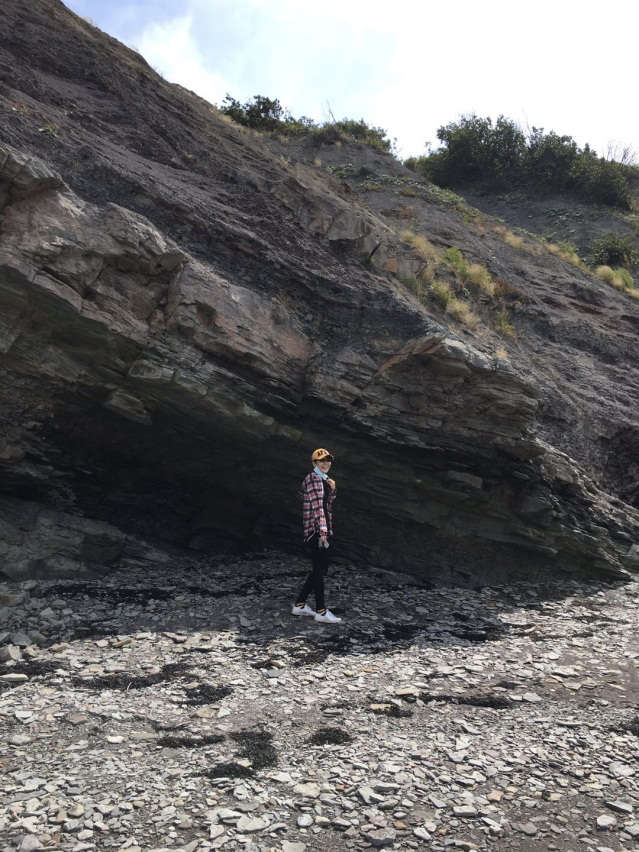 When I hear the word “fossil”, I think of dinosaurs. But, in fact, most of the fossils in Joggins are the remains of trees and other organic matter that thrived in the dense and swampy forests dating back more than 300 million years ago during the Carboniferous Period. Dinosaurs, by contrast, lived throughout the Mesozoic Era, which began more than 50 million years later.

The most impressive word I remember hearing during my visit was absolutely “Carboniferous”. In Latin, carboniferous means “coal bearing”. Nearly all of our coal reserves today, from both land and water, come from this period. It is said that the Joggins Fossil Cliff holds the world’s most complete record of life from the Carboniferous Period. For the past 150 years, visitors have flocked to the cliffs to study the fossils and try to get a glimpse into what life was like during that period.

First of all, seeking an eye-catching fossil was an adventure.

I was attracted by the introduction from the Nova Scotia website: “Constant erosion from the Fundy tides, rising and falling up to 13 metres (42 feet) in Joggins twice daily, creates possibilities for exposing new fossils. With careful observation, visitors may find fossils … It is all here, at the Joggins Fossil Cliffs, waiting to be discovered.”

How could I resist?

Actually, one of my friends spent most of his time during our visit searching for as many different kinds of plants and creatures as he could find. He almost buried himself in piles of rocks, small and big.

Secondly, one feels the weight of time.

It is actually a reality check. When surrounded by the fossils and the cliffs, one starts to realize how small we humans are. Those cliffs have a history stretching over 300 million years; there may be billions of plants and creatures buried in those cliffs.

I remember people say: if the Earth formed at midnight, the Carboniferous Period would have taken place between 10-10:45 p.m., and the present moment is the next midnight, 24 hours later. Modern humans, meanwhile, have been around since 11:59:59 p.m. In other words, less that one second. Therefore, I am not even a tiny, tiny, tiny ant in front of these silent gigantic rocks.

Thirdly, one appreciates the power of nature.

When I saw the fossil of the bark of a famous tree (sorry, I cannot remember the name), I was surprised because it looks like scales of fish. And “palm trees”, too. I cried out: “these are trees from tropical area!” “YES!” This was confirmed when I read that, “the Joggins Fossil Cliffs is of interest because it represents a time in Earth’s history when a tropical rainforest covered Nova Scotia!” Can you imagine?! I am the one who is always complaining about the endless winter in Nova Scotia. Besides, I heard that the other half of the cliffs are located in Morocco (I am not sure about this) nowadays. Oh my goodness, this is a totally new theory for me then. Is this the evidence of “Continental Drift” or Plate Movement? 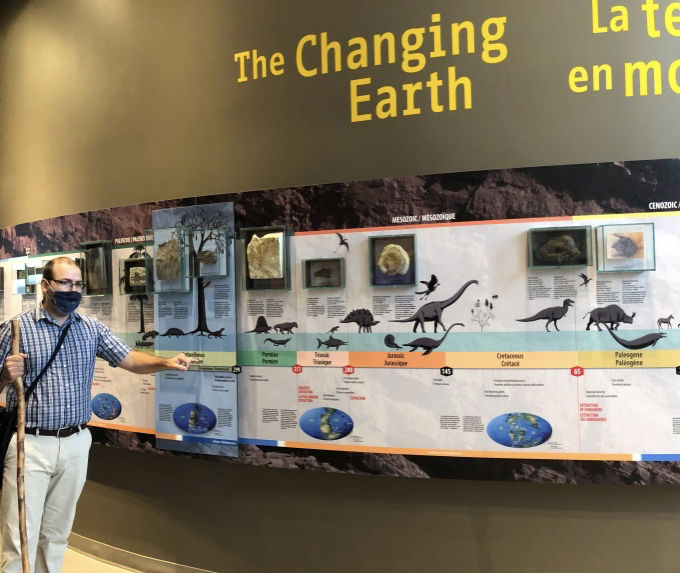 Last but not least, I could spend hours in the Center at Joggins, reading all the introductions and illustrations. I just want to figure out the pronunciation and the meaning of every plant’s name! There are soooooooo much knowledge to learn in the Joggins Fossil Cliffs.